The story of a visual drummer 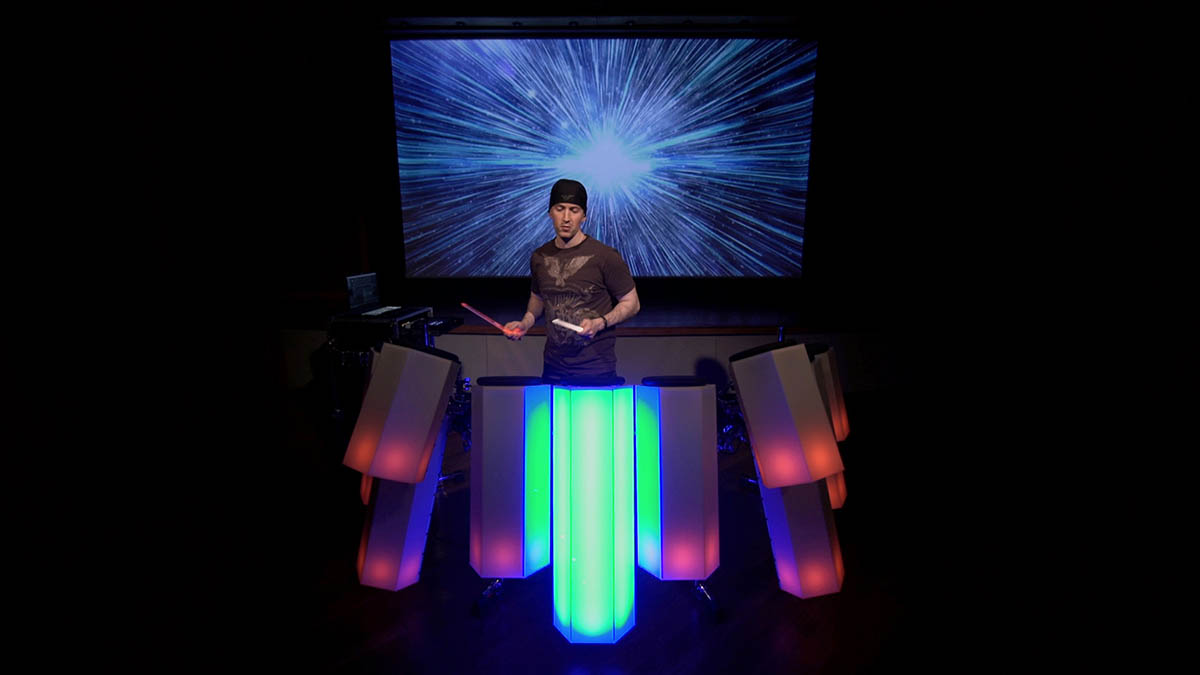 What is a “visual drummer”? It all began in 2010, when after engaging in multiple bands and music projects Neo M decided to create a new experience, the music of the future. The goal was to perform a visual show that allowed people to not only listen to music but actually see it.

For this purpose, the idea of creating an instrument capable to light itself while as producing sounds and effects was originated, but due to the lack of existing technology at that time the artist had to wait 7 years to fulfill his original dream. It was then when the advances of visual software and led industry arrived to the western civilization and opened new opportunities.

Simultaneously, the concepts of visual dj, dj drums and led drums appeared by the hand of entrepreneurs like Michael Fish -aka Afishal- and following viral copies like The Stick Men, but it didn’t make a change in Visual Drums’s original essence: the main core of the project is to create a perfect synergy between light and rhythm.

This website uses cookies to improve your experience while you navigate through the website. Out of these, the cookies that are categorized as necessary are stored on your browser as they are essential for the working of basic functionalities of the website. We also use third-party cookies that help us analyze and understand how you use this website. These cookies will be stored in your browser only with your consent. You also have the option to opt-out of these cookies. But opting out of some of these cookies may affect your browsing experience.
SAVE & ACCEPT